Home / News / What are the classification and application of ratchet wrenches?

What are the classification and application of ratchet wrenches?

Simple wrench head structure analysis of the effects of […]

Simple wrench head structure analysis of the effects of ratchet wrenches. The magical effect of the combination curve in the design of the wrench. Generally, the surface of the threaded connection structure that receives the external force when tightening adopts the structure of a regular hexagonal face body, usually a hexagonal nut. This facilitates that when it is rotated by a torque, there are always several surfaces in contact with the force application surface of the wrench to maintain the effect of the torque, so as to realize the application of a rotating torque to the screw pair and achieve the purpose of tightening the threaded connection. The new structure uses the same principle and fully takes into account the use of combined curved surfaces to achieve the above-mentioned functions, while also realizing the flexible operation of the ordinary ratchet mechanism.
The operator's arm is forced, and the wrench is moved forward until one side of the threaded connection piece fits with the other section of the wrench head opening. In this way, the second and third sections fit closely, and the third section is 30 with the horizontal line. The second segment is a vertical line. In this way, the two closely-fitting segments form an oblique wedge, and the wrench head clamps the workpiece. It is easy to enter and fit naturally so that the operator can easily and quickly carry out the next operation. The second step is to pull the screw pair and torque the screw pair so that the threaded connection is gradually tightened to an appropriate torque. The wrench rod rotates clockwise under the action of the human arm. Because the opening has a gap between the two symmetry planes of the hexahedron, the threaded coupling is relatively static, and the wrench rotates around the coupling; during rotation, the hexagonal nut rotates relative to its center, and its maximum The top corner should avoid the wrench opening, that is, the wrench head opening has a circular arc section that avoids the top corner. The vertical side and the hypotenuse of the hexahedron are separated from each other. The hypotenuse of the hexahedron is gradually parallel to and fits the other hypotenuse of the wrench. The arc on the right side of the wrench approaches and rotates relatively. Turning to a certain angle, the hexagonal nut and the wrench have only three points of contact: the intersection of the two straight lines where the wrench opening curve intersects, the right end arc of the arc and the point where the left end touches, and the three contact points limit the mutual rotation of the wrench and the coupling. That is, the positions of the two are fixed, and the torque is continued to be applied to the wrench rod, and the wrench transmits the torque to the hexagonal nut, so that the threaded coupling can be tightened gradually.
Rotating the thread pair to a certain angle requires the wrench to return to the best force application position. It is also accomplished by the curve of the opening. The operator turns the wrench in the opposite direction, and the wrench rotates relative to the hexagon nut because the thread pair of the hexagon nut has a certain frictional force. In this way, there is no contact between the wrench and the threaded coupling, the wrench has a certain rotation space, the operator continues to apply the reverse torque, the wrench rotates a certain angle relative to the hex nut, and turns to the other symmetry plane of the nut to the state, slightly Push it forward, and the wrench and the coupling are in contact and clamped again. Then apply tightening torque.

0
PREV: Ratchet wrench and how to choose specifications?      NEXT: What are the maintenance and material classification of ratchet wrenches? 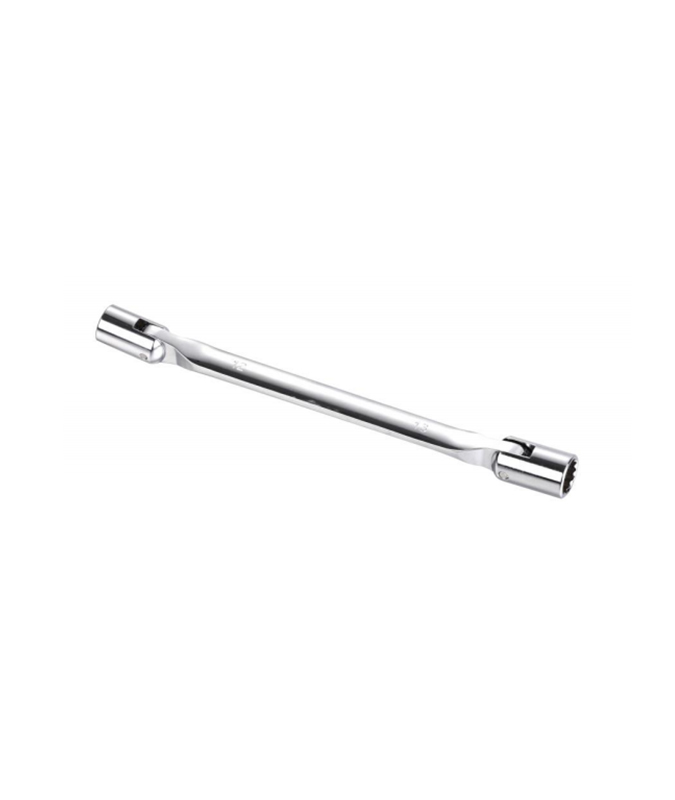 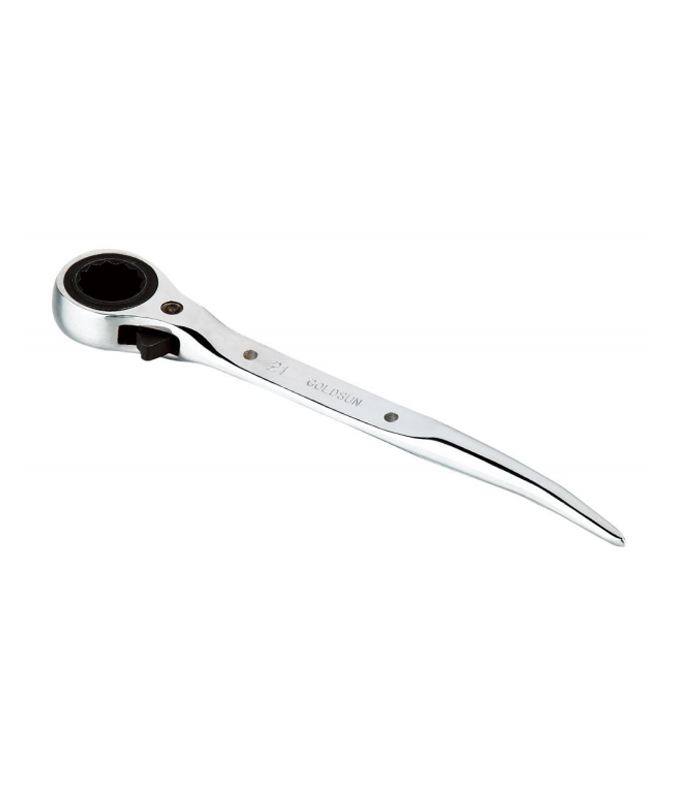 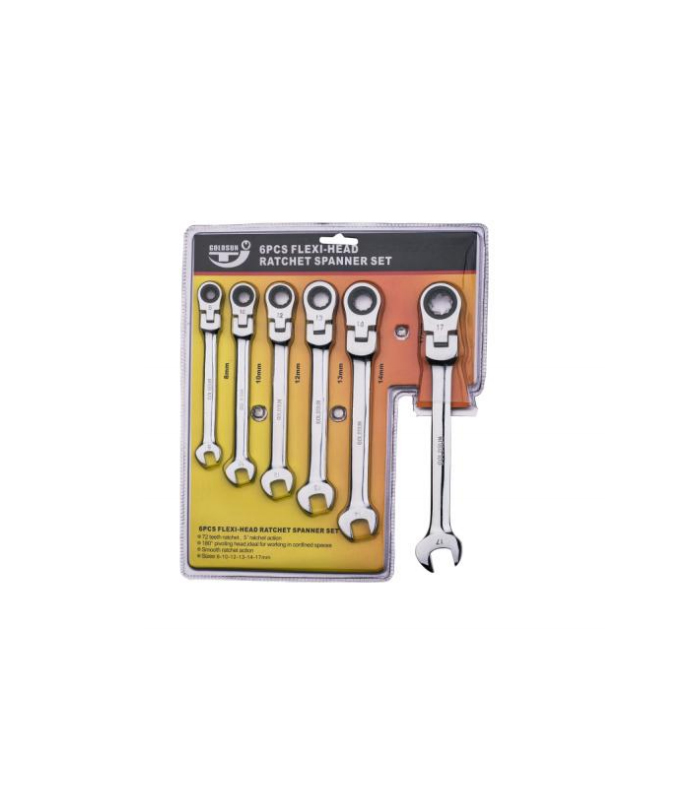 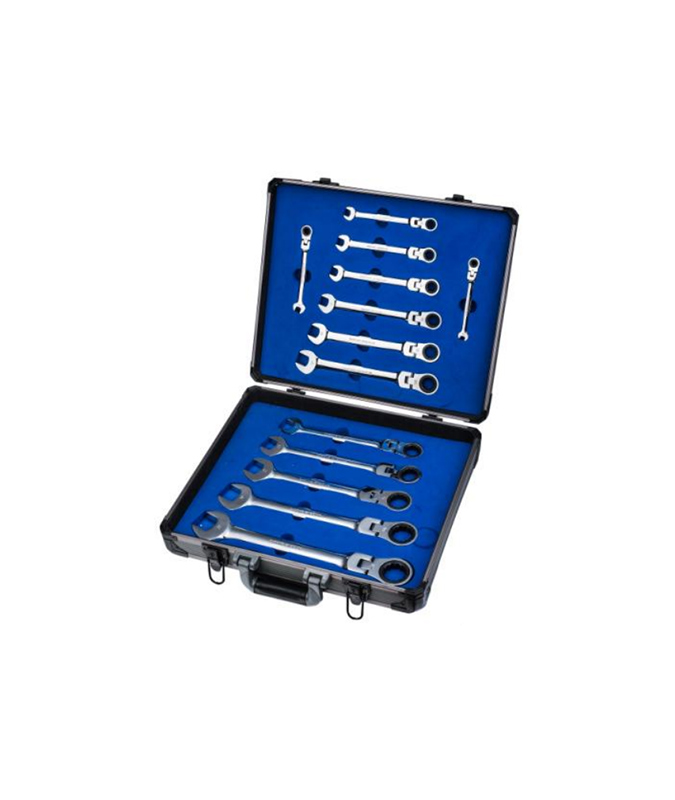